When I was in 2nd grade, my dad signed me up for recreational soccer with the local park district. This was in the Deep South, so the rest of my girlfriends were either in Girl Scouts or were ballerinas. I, on the other hand, was the awkward girl with very thick plastic prescription goggles and a slobbery mouth guard. I was the only girl on my team, so I had to hustle and endure a bit of teasing to get ahead. But being as though I’ve always been a bit thick-skinned, the downsides to this arrangement were trumped by the euphoria of competition.

Back at school, the boys would organize soccer games on the field during recess. A kid in my class named Darius was the self-assigned captain. One day, I decided to take the skills I had learned in the community league and show them off to my male classmates. Rather quickly, I found myself head-to-head with Darius during a very dramatic scuffle for the ball. Ultimately, I maneuvered the ball away from him, he stumbled and fell, and I scored. The glory of the moment was short lived. As Darius stood up, covered in red Alabama mud, he started to scream, “I HATE YOU! I HATE YOU SO MUCH.” The rest of the boys glared at me. There was no acknowledgement of my awesome moves, just universal distain for the girl who ruined their game by daring to play. The bell rang and we returned to our classrooms. Just as recess had ended, so began my entrance into the world of likability politics.

Scientific research has shown that men and women are liked equally when behaving in a participatory manner, meaning collaborating and sharing in an experience. Yet, when positioned in equally authoritative positions, women are disliked far more than men. Data shows us that high-achieving women experience social backlash for simply exhibiting the very behaviors that nurture success. That’s because those behaviors, such as forcefulness and decisiveness, violate traditionally feminine attributes such as warmth, gentleness, and friendliness. Perhaps it would have been warmer, gentler, and friendlier for me to let little Darius trot around me on that soccer field, allowed to easily score while I shot sunbeams of encouragement and approachability from my eyeballs. Instead, I played fairly, Darius tripped on his own two feet, and I promptly became the most hated girl in watermelon print culottes east of the Mississippi. 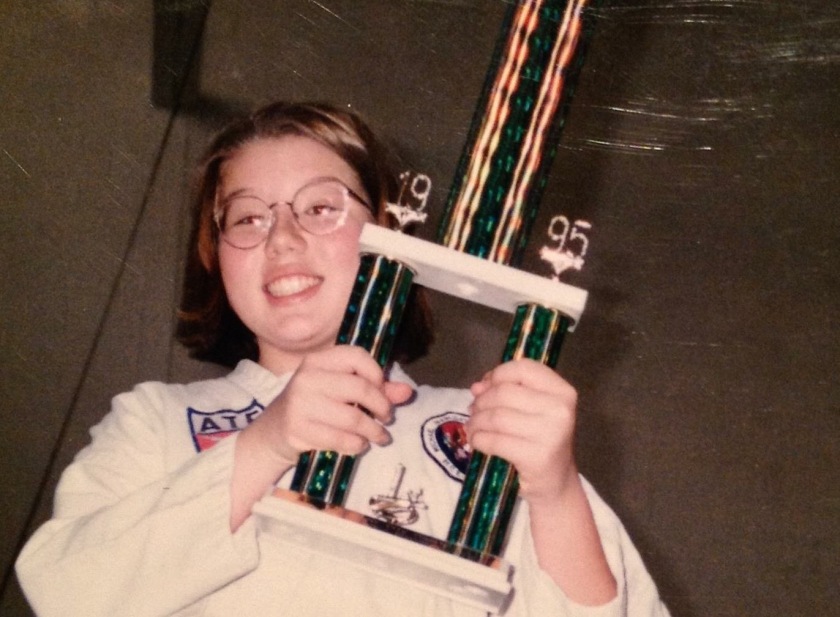 And the soccer fiasco of ’91 is only one of many examples in my life where I’ve been caught between wanting to be liked and having an inherent desire to compete and lead. Between the angry letters I got at the high school newspaper office when I was the opinions editor, to the eye rolls and condescending scoffs I experienced during the fiery debates in my political science classes, I am acutely aware of what it’s like to “rub people the wrong way.” And when I tried to shake things up and be the fun, loveable girl, I was nicknamed “ponytail” at my first job out of college, which I hated much more than any of the much more crass names I had encountered when I was my more authentic, bullheaded self. Yet, turns out that “ponytail” gets invited to more meetings and gets more promotions, so that has been the identity I’ve aimed to take on over the course of the last 10 years.

The truth is, as a society, we put a premium on charisma and charm. I mean, okay — when you’re 20, shiny hair and a solid hip-to-waist ratio can go a long way in getting people on your side. But pop out a couple of kids and get some adult-onset acne and you better hope you’ve got a decent personality. That’s why I’ve smiled and played the likability game like a champ. Rational pushback is often replaced with gentile diplomacy. Confrontation is avoided at all costs. Instead, I often take on the laborious task of massaging a harsh message to ensure that the person on the other end of the phone line doesn’t feel attacked or threatened, even though they themselves are the repeat offender of the most egregious of office crimes.

Maybe Dave thinks it’s appropriate to call me five times in two hours, requesting that I do his work for him by end of day. Maybe I want to tell him that his unrelenting disrespect will no longer be tolerated. Instead, I’ll scream in my lumbar support pillow, take a deep breath, and say: “Yes, Dave, really appreciate your rigorous follow-ups and your investment in this project. Moving forward, please kindly note that we typically require a 72-hour review period on such requests. However, given these special circumstances, I will get back to you by close of business. Thanks so much.” This has been my life. Every. Day.

But an interesting revelation has begun to take shape inside of me as I’ve been pondering where I fall along the spectrum of likability. Over the years, when I’ve shirked conflict, I had always convinced myself that it was because I was actually a nice girl who didn’t like confrontation. I always assumed it was the conflict in and of itself that brought me pain. But the truth is that I’m actually a bull in a china shop, trying too hard to be the graceful nice girl. That’s really where the dissonance lies. Likability is a tool I’ve been using to get ahead — because I know it will make me more palatable, not because it’s right or rewarding or even the most effective way to operate in the world.

Some of the women I admire most are the least conventionally “likable” people. Authors Roxane Gay and Lindy West are both prolific feminist writers, thinkers, and internet troll destroyers. They speak truth to power without apology, all the while knowingly alienating thousands of “haters” who think they should mind their mouths and stay in their place. Nigerian author Chimamanda Ngozi Adichie, another renowned feminist writer who I deeply admire, once addressed young female writers, saying:
“Society teaches young girls the idea that likability is an essential part of you, of the space you occupy in the world, that you’re supposed to twist yourself into shapes to make yourself likable, that you’re supposed to hold back sometimes, pull back, don’t be too pushy, because you have to be likable…and if you start thinking about being likable you are not going to tell your story honestly, because you are going to be so concerned with not offending, and that’s going to ruin your story.”

This is great advice not just for young girls, but for all of us who want to occupy our space in the world with not just grace and charisma, but with honesty and authenticity. I still struggle with this daily. But as I reflect on that time when I put myself out there with all those boys on the soccer field, motivated only by the same love for the sport that they had, I think about my own daughter, who also happens to be 8 years old. If she came to me today and asked me if she should join the boys on the soccer field, even in the face of the very real chance that she could get teased or even screamed at, I would tell her to go for it, every time.

And that’s my litmus test. If I expect my own daughter to live her life authentically, then I should expect it for myself. At the end of the day, I think I’d rather like who I am and exist in that space alone, then to barter my truth in exchange for being liked by everyone else.

That’s my honest story and I’m sticking to it.

Drop me a line at: okaypokayblog@gmail.com
Join 51 other subscribers